Format an SD Card for a Camera 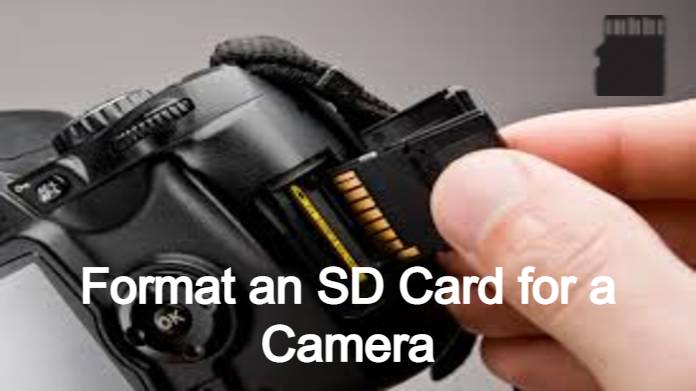 The need to format a memory card within a camera is advice that’s often passed around in the worlds of photography and video. However, when asked, very few can explain why it is essential. So, this need is just a myth, right? Well no, not exactly. It’s real, but it’s one of those things that’s never really a problem until it becomes a problem.

Reasons Why You Should Format A Memory Card In A Camera

There are various reasons why it is not good to Format SD Memory Card in something other than the camera that you will use it within. For one, does your device have a memory card capacity limit? This will likely not be an issue if you are using a newer digital camera from a prominent name manufacturer (Nikon™, Canon™, Sony™, etc.). However, be aware there are some devices on the market that have capacity limits. Be sure to check the manual or do online research.

There are several reasons to format a digital memory card in the camera and not within a computer–the main reason being that in-computer formatting often doesn’t maximize a card’s potential. 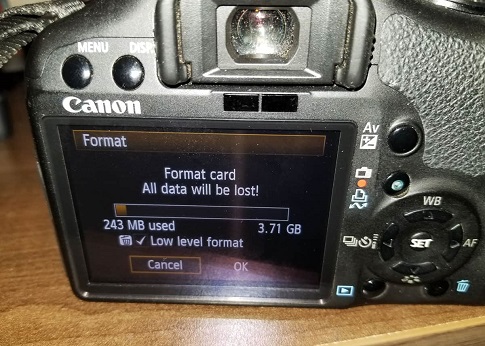 Say that you decide to use an SD card with greater capacity than recommended for your device. To a degree, many cameras and devices can deal with this initially. The device may permit you to format the card but will limit working capacity to the device’s maximum, not the card’s full capacity—likely not what you are expecting. This limitation is a safeguard to ensure that data can be read from and written to the card.

Now suppose you format a card to its full capacity in a computer and then pop it into your camera. One of two things will typically happen. At best, the camera will tell you it doesn’t understand the card and will advise formatting. At worst, the camera thinks it can understand it, but as soon as you’ve exceeded the device’s stated limit, any future files you attempt to write will become corrupted. Worse yet, your whole FAT could become corrupted, and you may not be able to access any of the files.

Is it really necessary to format a digital memory card within a camera? Yes, when you format in-camera the block size is determined by your device and it optimizes the card for the best overall speed and stability.

How To Maximize A Digital Memory Card’s Potential

There are still other reasons to format a card in the camera and not within a computer. The main one being that in-computer formatting often doesn’t maximize card potential.

All data is segmented and stored on memory cards in something called blocks. These blocks are of a specific size, usually measured in kilobytes (kb). When you format on a computer, you’re typically able to specify the size of these blocks (to optimize the storage device for the type of data it will contain), but suppose you are not sure what storage block size to select. By formatting in a computer and choosing an arbitrary block size, you may actually be slowing down your card inside the camera.

Each block size has a tradeoff: smaller block sizes allow you to maximize space and are great when you have a lot of small files; larger block sizes are better for performance when dealing with larger files, but can waste a lot of space if you’re storing smaller files. When you format in-camera, the block size is determined by your device. It optimizes for the best overall speed and stability.

Format The Card In The Camera You Are Using

So we’ve made the case for formatting in-camera, as opposed to in-computer. But a card formatting issue may also arise if you format a card in one camera and then use the card in a different camera. For example, formatting in camera A sets a particular block size optimized for that camera. Put the memory card into camera B, and it may perform slower than expected.

And finally, in some specific scenarios, a camera might not even accept a card that is formatted itself. For example, one of the cameras I have is a Sony A7II. If that camera is set to shoot PAL format video, it formats the card in a particular way. If I then switch the camera to NTSC to shoot 60fps for slow motion, it prompts me to reformat the card before it lets me shoot anything.

So to summarize, it’s always best to format a digital memory card within the device that will use it. Not only does this help ensure compatibility, but it also sets a block size that is optimized for the host camera. The format in your camera to minimize the potential for image loss and file corruption.

John Aldred is a photographer of people in the wild and animals in the studio. He also used SD Card Formatter for their camera for making it free and smooth while taking pictures.

I'm a master coach, best-selling author, and a passionate speaker. I'm the founder of the first women-only hedge fund, special counselor in many corporations across the globe. I've found a balance between work and life, now I'm a totally happy person, loving mother, inspiring speaker and writer, and firm investor, but it didn't come easily. I've gone through hundreds of failures and complicated situations. You can use my previous experience in order not to fall into the same trap.